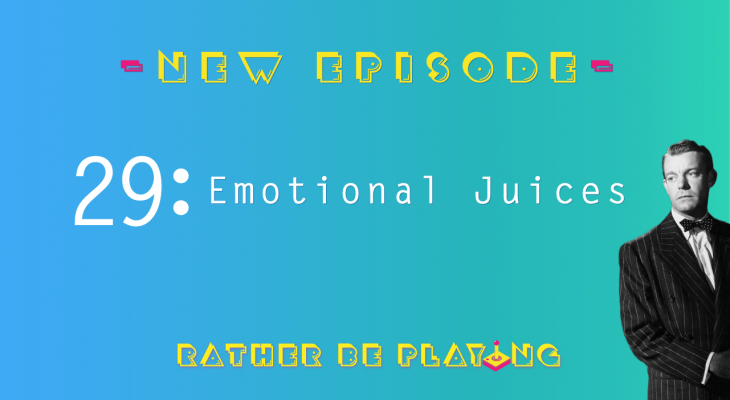 Remember when we rolled Oxenfree in the roulette like a million years ago? Then there was E3 and travels, civilizations rose, civilizations fell, eons came and went. And that brings us to episode 29 wherein we finally finished Oxenfree! It was a great little game and we have a few things to say about it this week in our deep dive spoiler chat on everything from the mechanics to the story. It’s the last thing we talk about so if you don’t want to get spoiled, turn off the cast after the midway break.

What else? We’re all still hopelessly obsessed with Hollow Knight now! Thanks to a few timely loopholes in our No New Games 2018 pledge, we’ve all been able to get it. We seriously think this might be one of the best games we’ve ever played and we can’t put it down. Well except for Josh, who’s 1000%-ed it of course. But check out Stevo and Elliot as they tweet about their experiences playing through it.

Josh was also able to get a hold of Square Enix’s latest JRPG, Octopath Traveler. Since Oxenfree and Hollow Knight are old new for him, he’s been going all in with Octopath and thoroughly enjoying it. He gives us a nice detailed breakdown of the game and its mechanics.

And last but not least, it’s time for a fresh Backlog Roulette! Oxenfree is done so Stevo gets to pick a new game to toss into the ring and then we roll! What will we be playing for the next two weeks? The answer is in this episode! In the meantime, come join in on the discussion! Leave a comment, tweet us at @rbpcast, or shoot us an email at [email protected] and we’ll talk about it on the next episode. You can also check out our Twitch stream at twitch.tv/ratherbeplaying. See you all in two weeks!