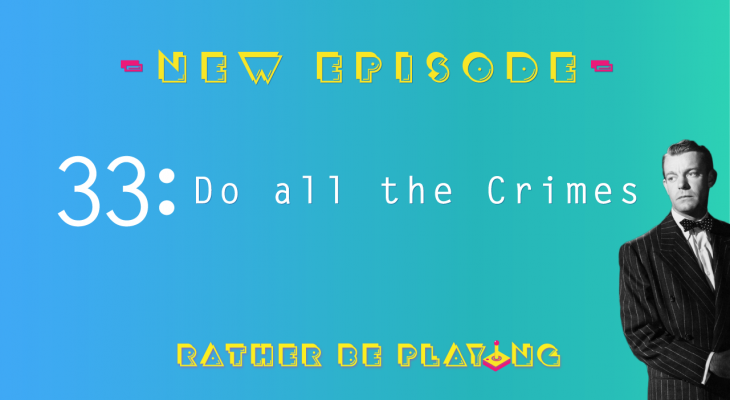 Hey hey! Remember us? We’re either back or still here, depending on your proclivities. But here we are with a fresh new episode full of all the mostly latest games. We realize that a certain biggest game of the year recently released, but we’ll get to that later. For now we’re on the previous biggest games of the year, so if you’re still playing those then this is the episode for you!

The star of the show is Spider-Man! Both Josh and Stevo have spent copious amounts of time on the game through their own respective loopholes, and they’ve got a lot of gushing to do on it. If you haven’t played it then you can join Elliot in living vicariously through the podcast.

Josh does most of the heavy lifting for the rest of the games this week. He managed to play and finish the original Fallout, Diablo 2, and platinum Dragon Quest XI. Elliot and Stevo didn’t stand a chance to keep up with him, but it makes for a lot of varied discussion. The Fallout and Diablo 2 are such timeless classics that are always fun to revisit, and Dragon Quest XI, is the critically acclaimed latest entry in the long-running beloved JRPG franchise.

We wrap things up with a deep dive into our current roulette pick, Beyond: Two Souls. We weren’t too hot on it, but we dig in and unpack the layers to figure out where it went wrong. It’s a spoiler-free chat, so feel free to hang around for it at the end.

And to top things off, we roll a new Backlog Roulette! Hopefully we end up with something we enjoy this time. In the meantime, come join in on the discussion! Leave a comment, tweet us at @rbpcast, or shoot us an email at [email protected] and we’ll talk about it on the next episode. You can also check out our Twitch stream at twitch.tv/ratherbeplaying. See you all in two weeks!