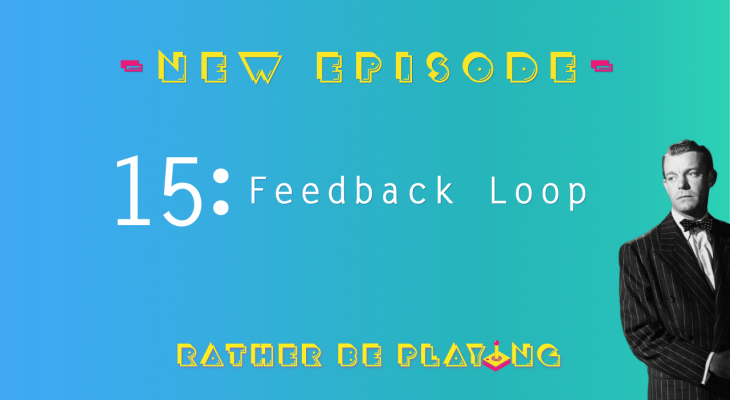 Hope everyone had a delightful Thanksgiving! We recorded this before the holiday and kept forgetting that, so mind the time warps! While we all did quite a bit of playing, this week the conversation focuses on the news of late, specifically loot crates. With the tumultuous release of Star Wars Battlefront II now behind us, we take a close look at this worrying trend in gaming regarding the option to purchase in-game perks and abilities for real money. In many cases, including in Battlefront II, the rewards you get for your hard-earned cash are randomly distributed. So is this gambling? Is this fair? Only the sharp minds of your Rather Be Playing hosts can answer these hard-hitting questions!

Between debating the big issues and eating nauseating amounts of turkey, we played many games! Stevo finished Golf Story and is working on the 2nd (3rd?) ending of Nier Automata while playing the crap out of his SNES Classic. He also found time for Uncharted: The Lost Legacy. Josh is playing Skyrim again, only this time on the porcelain throne. And Elliot is venturing into brand new games in ages-old genres that he’s never tried before. Pillars of Eternity and Thimbleweed Park are holding his attention almost completely this week. Spoiler alert: everyone is loving everything. 2017 has been a pretty astounding year for games hasn’t it?

And last, but never least, we all got Rocket League for Switch (or rather Elliot got it for everyone)! So now we will never not be able to play each other when we want to! What a dark and unholy time we all lived in before portable Rocket League existed. So if you’ve got it, look out for us on the pitch and please try not to offer us loot crate trades!